There are many different types of claims that can be alleged on any writ. One of the most important writs in the federal system is the 2255 Writ, which has many different grounds you can assert. A ground is defined as something which you assert in your 2255 Writ to challenge your conviction in federal court.

Another ground that is sometimes asserted is a due process violation. Suppose the government placed a paid informant into the jail you were being held in to elicit statements or confessions of guilt that they failed to disclose. That could constitute a violation of due process and is something that you may want to consider for your case.

Another commonly asserted ground is that the court that convicted you lacked jurisdiction. There could be something about the way that the charge was brought against you that didn’t give the court that convicted you jurisdiction. Not all cases are brought in federal court, meaning that a majority of the time state courts must prosecute people for criminal acts. Only specific criminal offenses are brought in federal courts that deal with interstate commerce, criminal acts committed on federal land, or a violation of federal law. There are certain times that the federal government overreaches and fails to have jurisdiction, or they fail to prove with sufficient evidence in the trial that there was jurisdiction.

A final claim you may want to consider is a Brady violation. Suppose the state fails to disclose evidence to you that’s favorable to you, and if you were able to use that evidence properly, you could have had your conviction overturned or have a reduced sentence. This situation could constitute a Brady violation and may be something you want to consider putting on your 2255 Writ. As you can see, there are many ways you can challenge your conviction through the use of the 2255 Writ that you may want to use in your case. 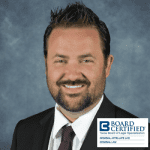